Here are some questions that people are asking. We have created a FAQ group with DAFF (thanks to Dr. Marietta Bronkhorst for her help):

Is there a movement ban on animals?

There is no ban on the movement of animals in general, although it is advisable that movements should be restricted and discouraged as far as possible. The Gazette Notice does not prohibit the movement of animals.  It prohibits the gathering of cloven hoofed animals, where there are two or more places of origin, and where the intention is to move the animals to two or more destinations, within a time period shorter than 28 days.

Are there any restrictions on the movement of animals from one farm to another?

The movement of animals between properties falls outside the scope of this Gazette Notice.  The requirements that were applicable prior to the issuing of this notice are still applicable.  There is no requirement for a government veterinary movement permit to be issued in terms of this Gazette.

If movements must take place, it is advised that a health declaration for movement is used, which requires veterinary inspection of the animals to be moved to ascertain that they are not showing clinical signs of Foot and Mouth Disease. This assists the seller and buyer of animals to limit potential spread of disease and subsequent liabilities.

How will live sales in the informal trade be regulated?

The emphasis must be on self-regulation and buyers must be made aware that they must only buy safe animals. Sellers of infected animals open themselves up to prosecution and civil lawsuits, should they cause the spread of FMD.

Is transport of animals allowed from farm to abattoir or from a feedlot to an abattoir?

Movement of animals from a farm or a feedlot directly to an abattoir is allowed, as the abattoir is an end-point destination from where the animals will not be distributed. Take note that it is illegal to move animals out of an abattoir facility based on the Meat Safety Act, 2000 (Act No. 40 of 2000).

Can an auction proceed if a single farmer’s livestock is auctioned off, with no external animals added, but with multiple buyers?

Yes, this is allowed since the animals will come from a single origin.  The single origin farm must also comply with the requirements of the Gazette notice. The seller must declare and be able to prove, through auditable records, that no new animals were introduced onto the farm of origin for 28 days prior to movement to the auction.   No other animals may be added to the auction property during the period when the seller’s animals are there.

Sometimes feedlots select heifers to sell to other farmers, so there is a mix of animals at the feedlot and not all go for slaughter.   How will this practise be affected by the prohibition?

Joint statement of the Department of Agriculture, Land Reform and Rural Development and the FMD technical task team on the foot-and-mouth disease outbreak Limpopo – 4 December 2019

Agriculture, Forestry and Fisheries on the foot-and-mouth disease outbreak Limpopo

Progress has been reported consistently over the past four weeks since the outbreak of foot-and-mouth disease (FMD) in Molemole. To date, 11 commercial properties have been found to be infected and confirmed positive: Seven in Capricorn, two in Vhembe and two in Mopani district municipalities. There are an estimated 14 000 cattle on the infected properties, which include five feedlots and six commercial breeding farms. All affected properties have been linked directly or indirectly to cattle sold at auctions. Further follow-up investigation and sampling is still being conducted to determine the extent of the outbreak.

The Minister of Agriculture, Land Reform and Rural Development gazetted a national ban on the gathering of cloven-hoofed animals, including livestock auctions, shows and similar activities.  The gazette is available on the DAFF website https://www.daff.gov.za/daffweb3/Home/Foot-and-mouth

According to Section 11 of the Animal Diseases Act, 1984 (Act No. 35) it is the responsibility of “any owner or manager of land on which there are animals to take all reasonable steps to prevent the infection of the animals with any animal disease, or parasite and the spreading thereof from the relevant land or animals”.

Anyone spreading FMD through the movement of animals may, therefore, be held civilly and or criminally liable for such an offence.

As per the press release of 19 November 2019, all owners of livestock are encouraged to observe strict biosecurity measures on their premises. The biosecurity guidelines are available on the National Animal Health Forum website www.nahf.co.za.

It is important that all livestock owners familiarise themselves with the following measures to prevent their animals from being infected:

Adherence to the above measures will assist government and farmers to resolve the situation. It is vital that all stakeholders act reasonably, responsibly and according to the law at all times.

JOINT STATEMENT OF THE DEPARTMENT OF AGRICULTURE, LAND REFORM AND RURAL DEVELOPMENT AND THE LIVESTOCK INDUSTRY

On 1 November 2019, veterinary services were alerted to clinical signs suspected to be Foot and Mouth Disease (FMD) in a herd of cattle on a farm in the Molemole Local Municipality of Capricorn District, Limpopo Province. This farm is located in the previous FMD free zone of South Africa. Samples were collected and FMD was confirmed by the Onderstepoort Veterinary Research Transboundary Animal Disease Programme.

FMD is a highly contagious viral disease that affects cattle, pigs (domestic and wild), sheep, goats, and other cloven-hoofed animals. Signs of disease in animals may include depressed animals, sores in the mouth of animals causing reluctance to eat, and lameness. The disease does not affect humans and it is safe to consume products of cloven-hoofed animals, such as meat and milk.

Monitoring Following the outbreak, the farm was quarantined. Currently monitoring of production facilities, feedlots and abattoirs is being conducted in Molemole District and adjacent areas.

A number of agreements were reached with trade partners to trade in safe commodities following the January outbreak; the department has sought assurances that these agreements still hold.

Temporary ban on auctions Live auctions in Limpopo, Mpumalanga, Gauteng and North West Provinces are suspended with immediate effect until further notice. Minister will gazette this in the next few days.

Farmers in the entire South Africa are advised to practice strict biosecurity measures. All movements of animals should be done under close veterinary supervision and movements should be restricted as far as possible. Farmers should seek assurances of the health status of any animals that they wish to bring onto their farms prior to such introductions. It is further advised that they obtain a veterinary health certificate from the herd of origin confirming that the herd was inspected and that the animals originated from an unaffected area.

Foot and Mouth Disease is mainly spread by the movement of infected animals. Uncontrolled movement could thus spread the disease over significant distance. All livestock keepers should remain vigilant and report any suspected case to their local state or private veterinarian.

Cooperation between all members of the farming community should ensure a rapid and effective resolution of this outbreak. 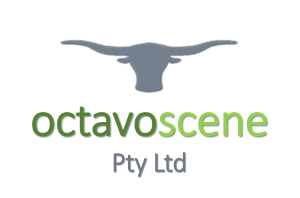 The company believes in the responsible use of veterinary medicine, and importantly the judicious of antibiotics under the supervision of a veterinarian.

The company continues to look at innovative ideas of supporting the industry and is proud to announce that they have engaged the services of Professor Leon Prozesky who will be providing a diagnostic pathology service to all our clients.